Paid a working visit to the Boeing production sites 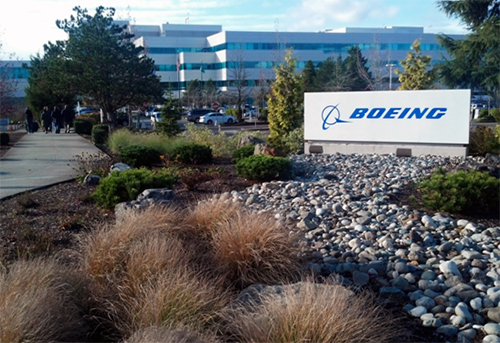 The plant, located in g.Everet, was built 1967. and today specializes in the production of large aircraft Boeing 747 – 767, -777 and -787 of the new. All 4 models are assembled in a single package – the largest in terms of an industrial building (about 13 million m3) in the world, it covers an area of ​​398,000 m2. The company employs more than 30 000 employees, including employees of the internal fire service, security service, the staff and even a fitness center.

The second plant, located in g.Renton, was founded in 1941. and specializes in the assembly of the wing and the final assembly of the Boeing-737 all modifications, including -737MAX. Today the plant has 2 assembly lines and put into operation the third, which allows production of 42 aircraft per month. The company plans to increase production in 2017. to 47 aircraft per month, and in 2018. – up to 52 aircraft. aircraft assembly cycle is 10 days. Over the entire period of operation of the plant in Renton more than 11 600 aircraft (Boeing models -707, -727, -737, -757) has been released, which is about 30% of the total number of flying today, the sides in the world.

As part of the trip and the participants were able to visit the Museum of Aviation (TheMuseumofFlight) in g.Sietl. It was in this city in 1916. It opened the first hangar Boeing Company and, therefore, the second name of the city is the “Rocket City” ( “JetCity”). The museum exhibition consists of more than 114 copies of the aviation and space technology, illustrating the performance of the company Boeing (from the first Boeing B & W and B-17 “Flying Fortress” up to modern Boeing 787), European and American manufacturers of aircraft and space industries. Among the exhibits can be seen boarding the spacecraft module Soyuz TMA-14, Yak-9U and An-2.

The purpose of the visit was to expand business contacts, exchange of experience and views on the further development of scientific, technological and educational aspects of the aviation industry as a whole.

As a result of the meetings were scheduled plans for further cooperation. The participants had supported the initiative of Ukraine and outside of such meetings with representatives of the world’s leading manufacturers of aircraft, large industrial, research and educational centers designed to contribute to the development of high-tech industry in Ukraine – the aircraft industry, and bring it to a qualitatively new level corresponding to modern world trends . 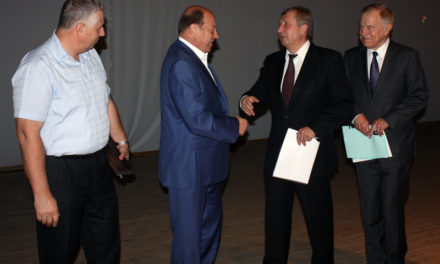 2014 Prize for the textbook «Production of Welded Structures»